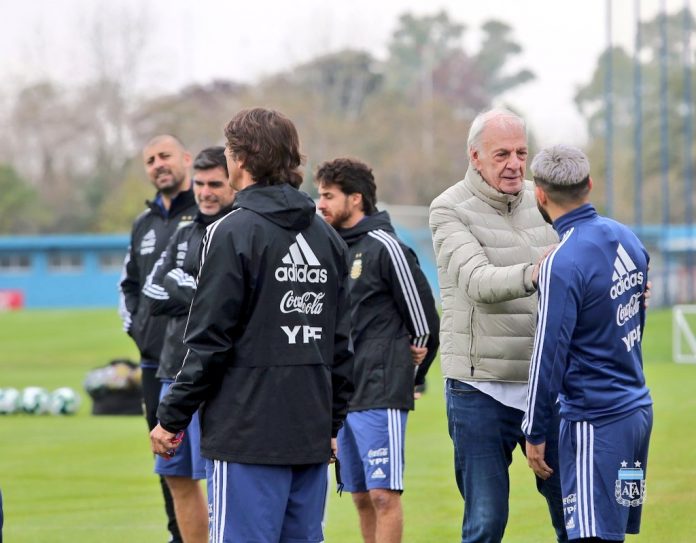 Sergio AGUERO, Roberto PEREYRA and a few others have already arrived in Argentina for their Copa America training camp.

With the European league season all over, Argentina coach Lionel SCALONI is getting his Copa America squad assembled for training. Manchester City star Sergio AGUERO as well as Roberto PEREYRA of Watford have joined the team.

Training is expected to begin on Monday despite not all of the players being available. With the Champions League final taking place on Saturday, Tottenham’s Juan FOYTH will likely be the last person to join the team. Here are the eleven players which trained:

Pablo AIMAR and Walter SAMUEL are also both part of the Argentina staff.