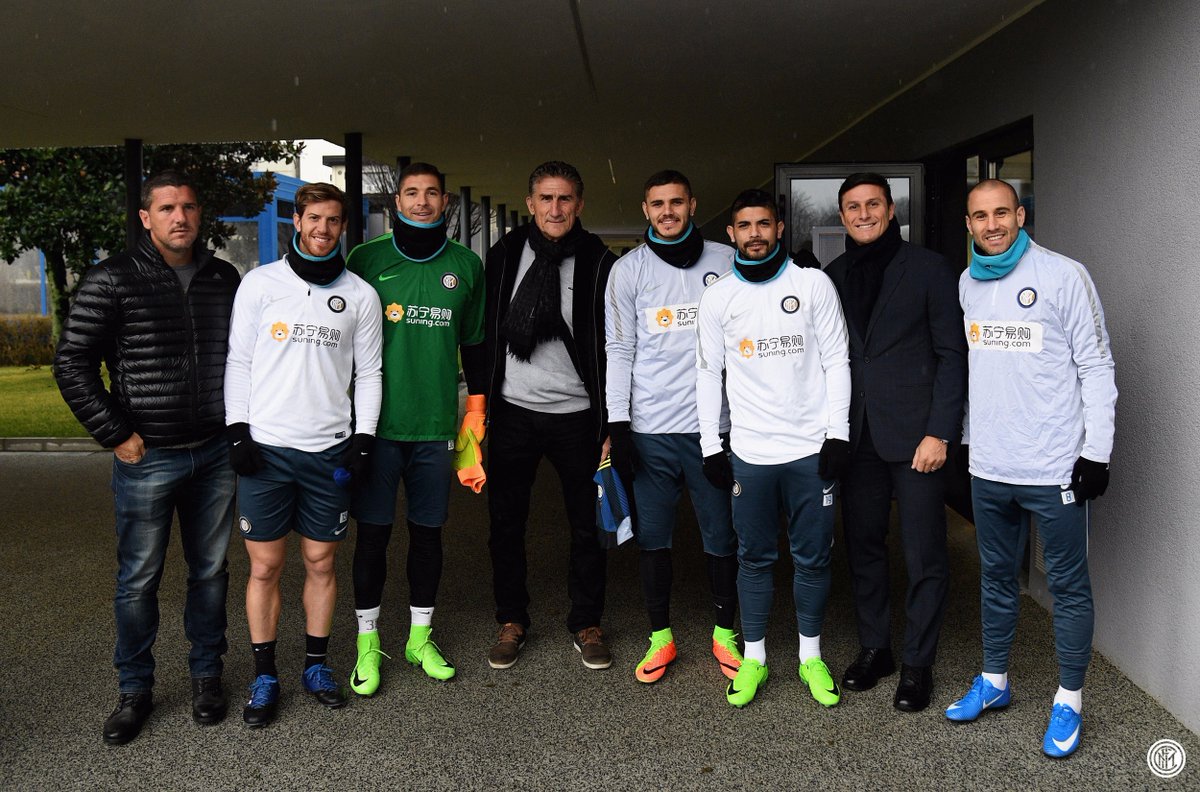 Edgardo BAUZA, who attended Roma’s match a few days ago visited the Inter team and was present at their training session. The coacg also met with the Argentine players as well as Javier ZANETTI and Walter SAMUEL. Most precisely, BAUZA spoke to Mauro ICARDI.

It remains to be seen what was said between the two but there was a talk which took place.