Javier PASTORE and Emiliano SALA both scored on the weekend in France.

The French Ligue 1 witnessed a couple of classy goals from the Argentine contingent. On Saturday, Nantes striker Emiliano SALA scored the winning goal for his club with a superb volley finish away against Troyes. The 26 year old joined Nantes bak in 2015 on a five year deal.

Not to be outdone by his compatriot, Paris St Germain were playing at home to Toulouse on Saturday and it was defnitely Javier PASTORE who had the better goal between the two. PSG put on a dazzling display scoring six goals, one of which was a fantastic finish from Javier PASTORE after receiving pass from Angel DI MARIA who combined well with NEYMAR. That goal would do wonders for PASTORE’s confidence, especially after being called-up to the Argentina National Team by Jorge SAMPAOLI for the upcoming World Cup Qualifiers.

The goal by Javier PASTORE:

However for his goal, SALA was chosen among the best eleven of the week in Ligue 1 by the French newspaper Le’Equipe. 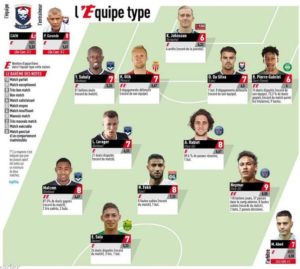