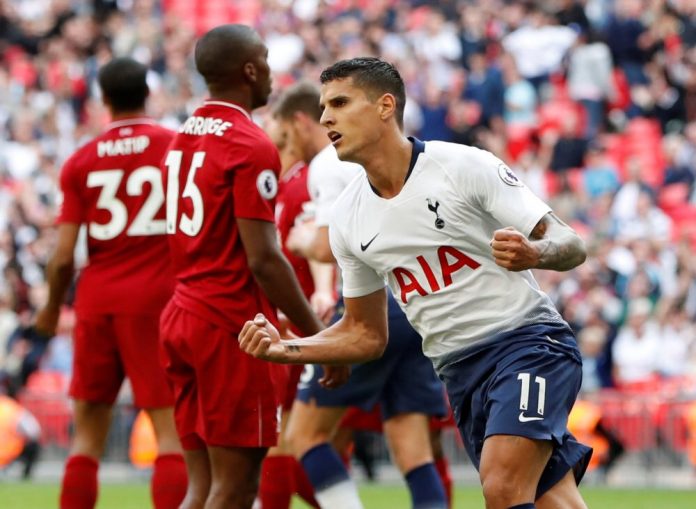 Gonzalo HIGUAIN, Erik LAMELA and Emiliano INSUA all scored for their clubs.

Finally off the mark, Gonzalo HIGUAIN scores his first goal for his new club in AC Milan’s 1-1 draw against Cagliari. HIGUAIN rounded the goalkeeper and scores to draw Milan level. Lucas BIGLIA and Mateo MUSACCHIO both also started the match for Milan.

While the door to the Argentina National Team should be closed for both HIGUAIN and BIGLIA (Lucas already retired following the loss to France), Mateo MUSACCHIO can still find his way into the team.

Off to England, Erik LAMELA scored  late goal for Tottenham as they lost 2-1 against Liverpool. LAMELA came on as a substitute as he began the match on the bench and was one of Tottenham’s better players. LAMELA smashes the ball from a difficult angle to beat the goalkeeper.

From Serie A to the English Premier League to the Bundesliga, Emiliano INSUA scored for Stuttgart in their 3-3 draw against Freiburg. A shot from outside of the penalty area found its way through the players and into the net. While not included in the Argentina National Team, INSUA has found regular playing time with Stuttgart.

Santiago ASCACIBAR, who was part of the recent Argentina team, started the match along with Nicolas GONZALEZ.