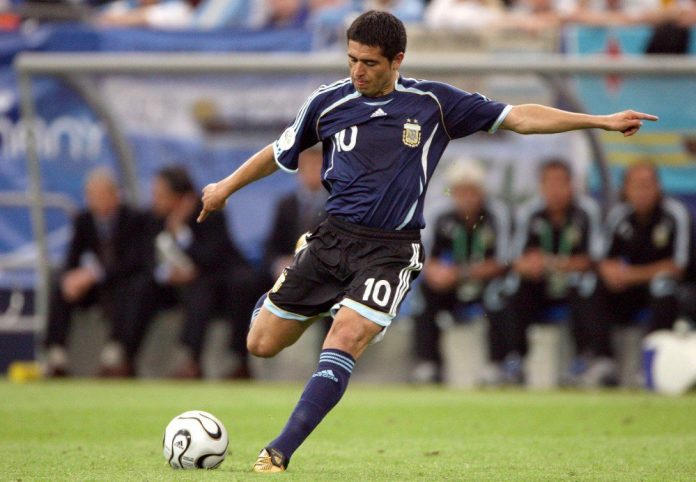 Legendary Argentina and Boca Juniors figure Juan Roman RIQUELME was on Fox Sports where he discussed a number of topics, one of which was the Argentina national team coach.

RIQUELME, who retired twice from the Argentina team and played under the likes of Marcelo BIELSA and Jose PEKERMAN, gave his thoughts on two coaches who he used to play alongside with. Here’s what he had to say:

“BECACCECE, HEINZE and SCALONI who is with the Argentina national team. They are all young and starting up. Hopefully in a few years we’ll be able to say that they are great coaches. We have to leave them alone and have them build their careers.”