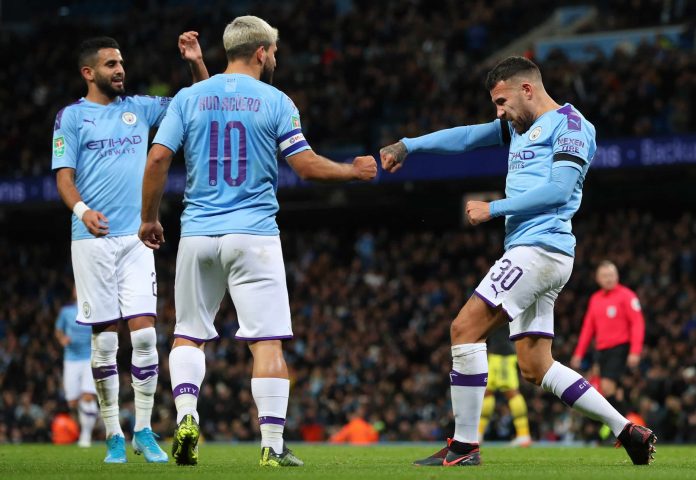 Sergio Aguero scored twice while Nicolas Otamendi had one in Manchester City’s 3-1 win vs. Southampton.

All three goals were scored by Argentine players for Pep Guardiola’s team. The first was a header by Otamendi to open the scoring. Sergio Aguero doubled City’s lead with a lovely first time touch from close range inside the penalty area.

Aguero would make it 3-0 as he got onto the end of a deflected shot.

242 – Since his Manchester City debut in August 2011, Sergio Aguero has scored 242 goals in 350 appearances in all competitions, with tonight his 9th goal in the League Cup. Lethal. pic.twitter.com/dUiQMUrlCg