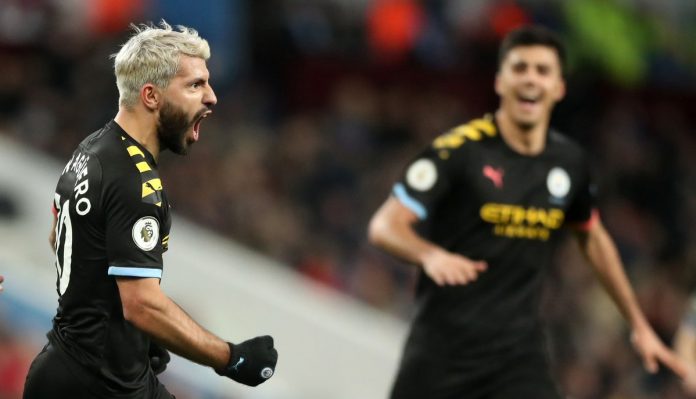 Sergio Agüero scored a hattrick and in the process made Premier League history twice as Manchester City won 6-1 vs. Aston Villa.

Manchester City were leading 2-0 and it was Sergio Aguero who made it 3-0 with a thunderous shot from outside of the penalty area. His first of the match was number 175 of his Premier League career which made him joint top scorer with Theirry Henry as the league’s all team top scorer from a non-English player.

Aguëro would add a second and that’s when he would make Premier League history for the first time in the match. Sergio Aguero was on 176 goals in the Premier League and is the all time top non-English goal scorer in the history of the league. He overtook Thierry Henry who was on 175 goals.

He would add one more, his third, to complete the hattrick. His hattrick would break another Premier League record making him the player with the most hattricks in the history of the league with 12 hattricks.