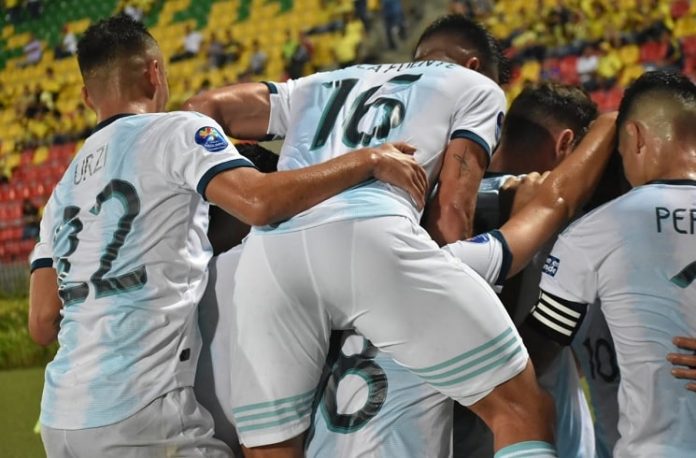 Alexis Mac Allister scored twice with Fausto Vera scoring the other in Argentina’s 3-2 win vs. Uruguay.

Argentina took a comanding 3-0 lead vs. their eternal rivals but nearly threw it all away in the end. Alexis Mac Allister of Brighton opened the scoring off a free kick to give Argentina the 1-0 lead.

Fausto Vera would double Argentina’s lead with a wonderful strike from outside the area. A cross was sent into the area and it would be cleared away to Vera who’s effort would go through everyone and double the advantage.

Brighton’s own Mac Allister would triple the lead. Adolfo Gaich would hold up the ball and pass it to Mac Allister as his long range effort would beat the goalkeeper for his second.

It would not be a clean sheet as Uruguay would pull one back. A defensive mistake by Argentina would lead to Uruguay’s first. They would add a second before the end of the match.