PSG have confirmed the signing of LO CELSO.

Giovani LO CELSO has signed a 5 year deal with Paris Saint-Germain which will keep him with the club in 2021. Signing from Rosario Central, LO CELSO (currently at the Olympics with Argentina), will remain on loan in Rosario until December 31, 2016. After that, he will join up with PSG. 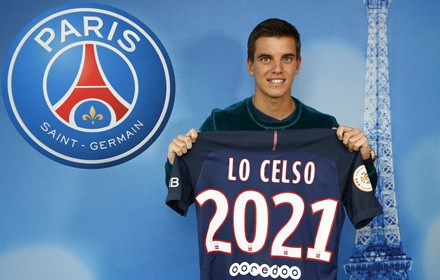 Speaking in an interview with PSG’s website, here’s what he had to say:

What type of player are you?
“I love having the ball, I love creating, playing and getting my teammates into the game. The idea is to always be moving forwards in order to find the strikers in good positions.”

There are already a few Argentines at the club…
“Everyone knows the quality that Paris Saint-Germain have; there are a lot of great players. Of course, everyone knows about the qualities of Angel DI MARIA. I mention him because we come from the same city in Argentina, and the same club (Rosario). I have met him before. He’s a humble person and an exceptional talent. Becoming his teammate is an added bonus.”