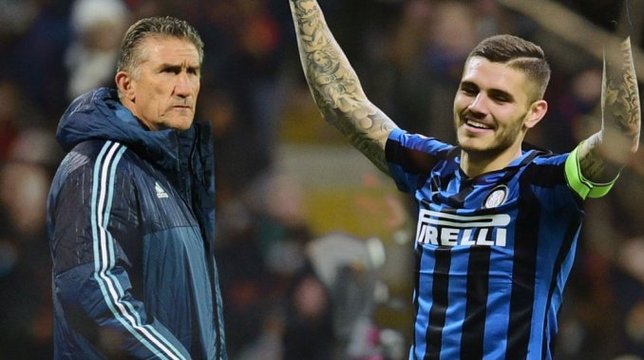 Argentina coach Edgardo BAUZA has spoken with Mauro ICARDI and has confirmed that he will be called up at “any moment”.  Therefore, we should anticipate a call up soon. He also explained that he will not accept any conditions set against him at all. He was quoted as saying: “If at any time a superior or player imposes conditions on me, I’ll pack up a bag and go home.”  He also said that his contract “has been signed until the end of World Cup 2018 in Russia”.  He also went on to say that he is not bothered by the critics.  He went on to say “We lost against Paraguay at home – it’s logical they they criticize.”  Moreover,  he also went on to say: “We spoke about ICARDI with ZANETTI (Vice President of Inter Milan) about the National Team advising him that at any moment he will be called up.”

What do you guys think? Do you think he is telling us the truth or just appeasing us? Also, who do you think we should drop if ICARDI comes in? Pratto? Higuain? Aguero?