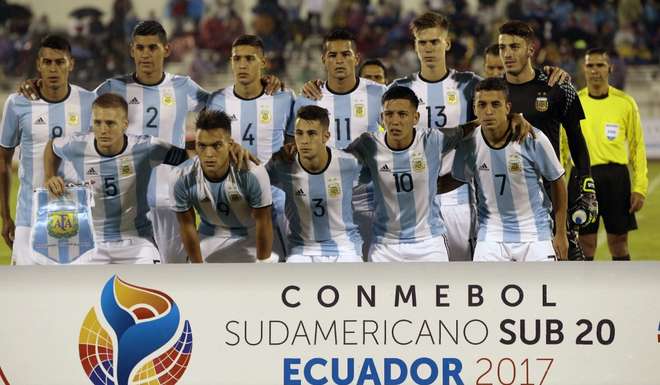 Today Argentina will play their last match of the group phase in the Copa Sudamericano Sub-20 vs Venezuela.  Their mission is to make it to the hexagonal phase.  The top three teams in both Group A and Group B will go on to the hexagonal stage. In Group A, they are: Ecuador, Colombia, and Brazil.  We will know who the top three teams in Group B will be after tonight’s matches.  In the hexagonal phase all 6 teams will play against each other once and the best 4 teams qualify for the FIFA Under-20 World Cup which is being played in S. Korea this year from May 20 – 11 June.