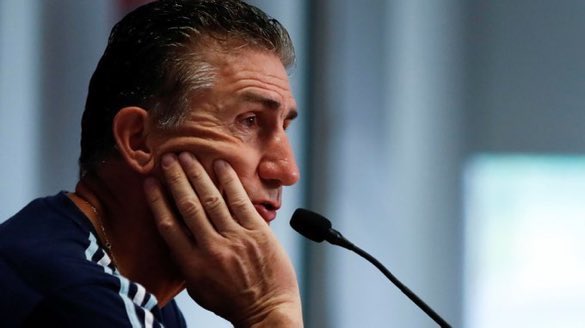 With the Argentina National Team players not speaking to the media, it was the coach who held a press conference. Argentina were without Lionel MESSI and lost once more when their captain wasn’t there but the coach affirms that the team is still alive. Here’s what he had to say:

“We tried to be the protagonists against Bolivia, we were a slightly better in the second half. Bolivia won well. We have to think about what is coming. We are alive and dream about qualifying for the World Cup.”

“We’re very firm with the players. We are worried about the injury to FUNES MORI. Hopefully it’s not serious.”

“We know that this is going to be a fight and we will continue fighting.”

“In the first half, the team wasn’t able to control the ball like in the second half. The ones who had to play, played. We went with who we thought were the best at the moment.”