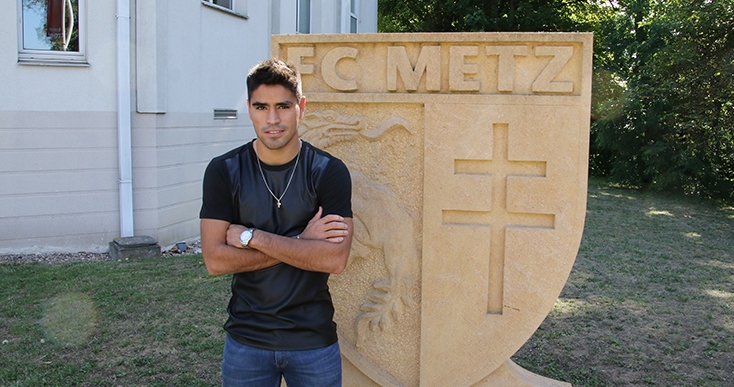 Ligue 1 side has just completed the signing of Gerónimo POBLETE from Club Atletico Cólon on a four year deal. The 24 years old Mendoza native was unveiled on Thursday. When asked about what qualities he can bring for the team, the player nicknamed El Pulpo said he could play in midfield doing both defensive and offensive duties whenever necessary.

The french club’s president Bernard SERIN is in full praise of his new purchase claiming he is full maturity and has overwhelming desire to take part with his new team. POBLETE has already taken part in the team first pre-season training on Thursday on his own will despite being given 10 days of vacation by the French side, SERIN said.