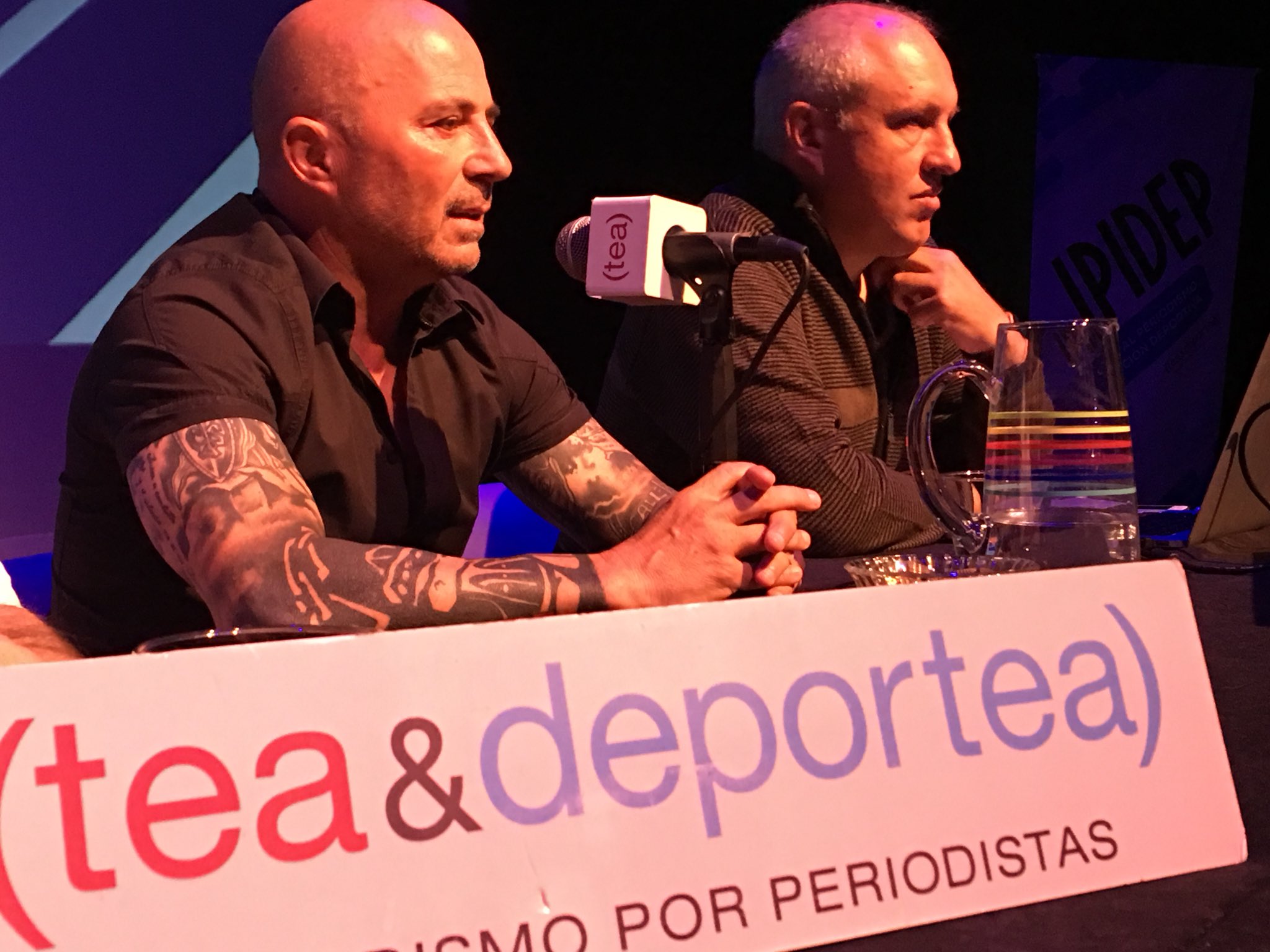 Argentina coach Jorge SAMPAOLI is not a fan of current World champions Germany.

Speaking to students at the Tea Y Deportea school, current Argentina National Team coach gave his thoughts on Gonzalo HIGUAIN, favorites for the World Cup and much more. Here’s what he had to say.

“I think Brazil, Spain and France are one step ahead of us due to their time working together. I don’t mention Germany not because I forgot them, but because I don’t like the way they play.”

“In the short term, the HIGUAIN issue was complicated for us. In the medium term I think he can be an important player.”

“I spoke with him, now his priority has to be to return. Unfortunately, he will not be able to compete in the same conditions as the other attackers.”

“They called me from Argentina just as I had started working with Sevilla. And at the time, I couldn’t (leave Sevilla to join Argentina).

“We started losing very early against Ecuador and it was complicated but never did it change our plan to go out there to win and qualify.

“The style of the team, which is not the system, is to attack with 6 players and defend with 4 players. It could be a variable system. You could play a 2-3-2-3, at times, it depends on the opponent.

“The team I was in which got the most emotions out of me was Universidad de Chile. And out of the team I was not part of, the one that marked me the most was GUARDIOLA’s Barcelona. And also BIELSA’s Argentina.”

With Dario BENEDETTO out injured and Jorge SAMPAOLI’s comments on HIGUAIN, it would not be much of a surprise to see Gonzalo back on the team.