The Icelandic national team have announced the list of 23 players that will travel to Russia for the World Cup. The Strákarnir Okkar otherwise known as the “Our Boys” in English will make their debut against Argentina on the 16th of June at the Otkritie Arena in Moscow.

In addition to 23 players, 12 other players have also been selected as the reserve and will be on standby. 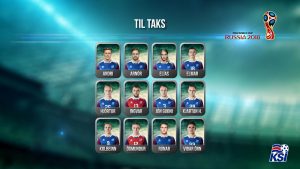 By the way, the Football Association of Iceland has also produced this interesting video to announced the squad for Russia on their YouTube channel. Do have a look at it.