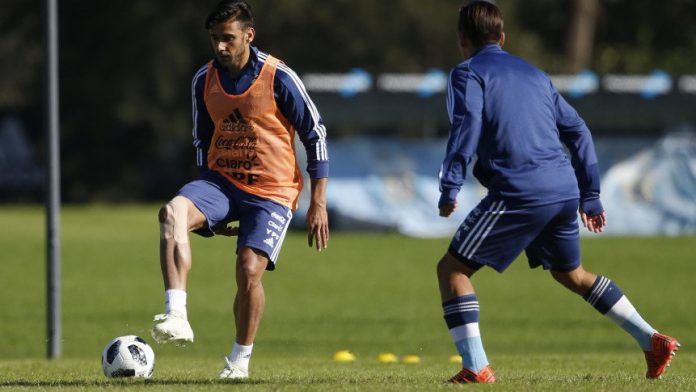 A late change as Eduardo SALVIO is set to come in for Cristian ANSALDI for Argentina.

Per reports coming out of Argentina, Eduardo SALVIO of Benfica will start as a right back over Cristian ANSALDI. The idea appears to be that coach Jorge SAMPAOLI wants a more attacking approach. This would be the starting XI:

As we reported earlier, SAMPAOLI would likely make several changes at half time.