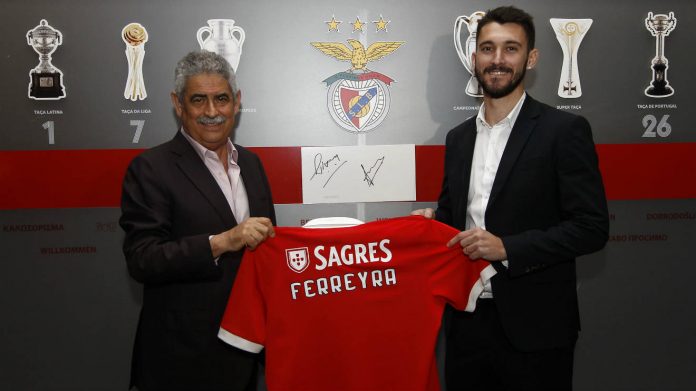 Portuguese side Benfica have signed Facundo “Chucky” FERREYRA from Shakhtar Donetsk. The transfer fee is reported to be around €20 million.

The former Velez Sarsfield striker has been playing for the Ukrainian side since 2013 (including a brief loan with Newcastle United). Last season he recorded his best ever campaign for them, notching 30 goals in all competition. His goals helped Shakhtar in clinching the Ukrainian Premier League and Cup double for the second successive season.

FERREYRA will be following in the footsteps of an illustrious list of Argentine players who have played for the Eagles such as Pablo AIMAR, Javier SAVIOLA, Angel DI MARIA, Eduardo SALVIO and Nicolas GAITAN, among others.

Apart from SALVIO, he will be joined by German CONTI and Franco CERVI who will be wearing the famous red shirt of Lisbon next season.