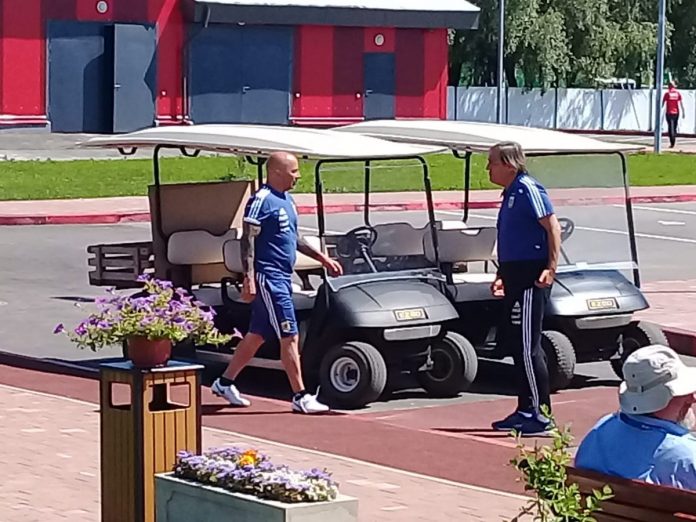 Argentine sports media TyC Sports have reported that Jorge SAMPAOLI will be making several changes to his starting for eleven for the match against Croatia.

The players received a surprise visit on Sunday from their family members to celebrate fathers day but we do have news regarding the starting eleven.

Players who started the match against Iceland worked in the gym while the rest of the players worked out on the pitch. From what is being reported, Argentina coach Jorge SAMPAOLI is expected to make a few changes in the starting eleven for the match against Croatia on Thursday.

Eduardo SALVIO who started at right-back will be replaced by Gabriel MERCADO. This was one of the most talked about decisions from SAMPAOLI considering SALVIO naturally plays as a right-winger.

The other changes that fans and critics have been screaming about were the choices of Javier MASCHERANO and Lucas BIGLIA in central midfield. Now it seems like, SAMPAOLI may opt for Giovanni LO CELSO to start alongside MASCHERANO.

The other change will see Angel DI MARIA being dropped for Cristian PAVON. Willy CABALLERO, the controversial pick as Argentina’s first choice keeper will continue to keep his place in the starting eleven. 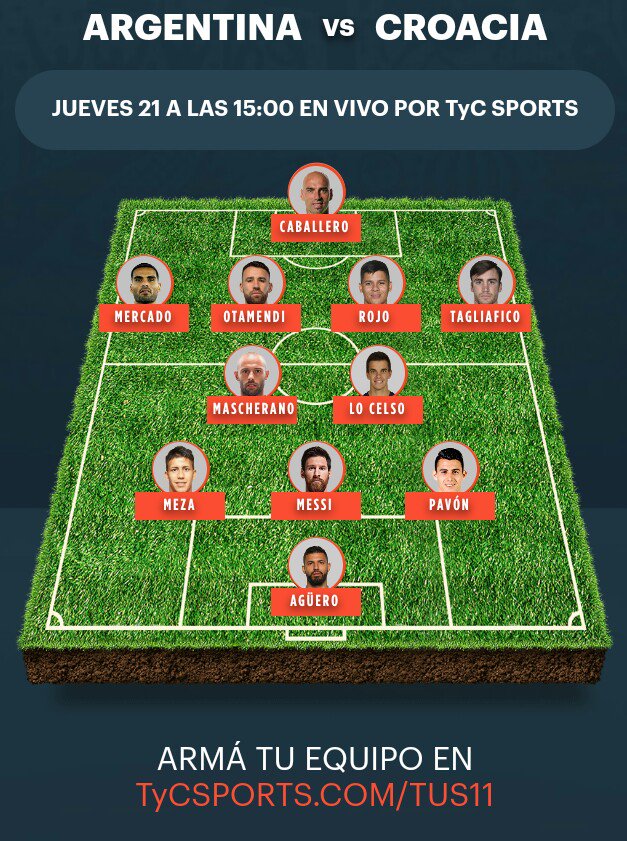