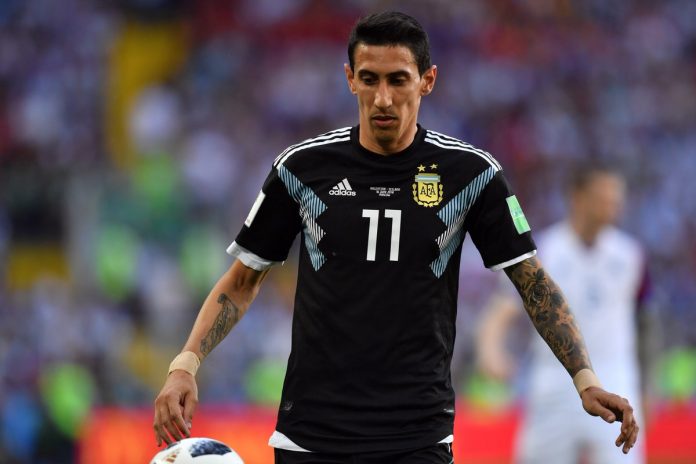 Argentina played to a frustrating 1-1 ties against Iceland on Saturday. A stubborn Icelandic defense was increasingly tough to penetrate, and a Lionel MESSI missed penalty was a huge turning point in the match, because it likely would’ve given Argentina three points.

With a massive match against Croatia looming, Jorge SAMPAOLI’s men must shape up in order to keep their dream alive. Before that happens, let’s revisit how the players performed against Iceland.

Gave up a tailor-made rebound for Iceland’s goal, nearly another later on and provided no sense of security all match. Franco ARMANI should be starting, but don’t expect a change to be made.

Naturally, he left way too much space behind him and was out of position whenever Iceland had bodies in the box. Made some marauding, dangerous runs down the right flank. Given that he isn’t a right back, no one should be surprised by his poor defensive performance. One of SAMPAOLI’s experiments that did not necessarily work.

Took on Iceland’s aerial attack all by himself, consistently winning the ball in the air. He was great with the ball at his feet and made several passes that broke through Iceland’s defensive lines. Might have been slightly out of position on the rebound goal, but he was a rock in defense for the duration of the match.

Beaten for a good chance early in the match and then gave away a ball in his own area. Was more assured over the final 80 minutes, actually provided the “assist” on AGUERO’s goal and sprung some counter attacks by getting to the ball first on long passes from Iceland. Federico FAZIO should probably be starting, but against fast teams, FAZIO would get torched; so SAMPAOLI will have to stick with ROJO.

Was too reluctant to drive forward with the ball, instead passing backwards often, but had a few fantastic one-twos with MESSI. Also was caught out of position on a couple of counters, but played a solid game overall.

Showcasing his trademark aggression and bite in midfield, MASCHERANO consistently won the ball back and was a beacon in the defensive midfield for La Albiceleste. Controlled most of the offensive pace for Argentina with his passing, and should continue to start for Argentina going forward due to the team not having a defensive-minded midfielder in their reserves.

Offered nothing on offense except for five-yard passes, lost the ball countless times and didn’t make more than maybe one lone tackle. A terrible pass of his led to Iceland’s goal. He was a liability and shouldn’t step on the field again for Argentina in this World Cup.

Was rather anonymous for his entire 75 minutes on the pitch and Argentina fans were put out of their misery once Cristian PAVON was subbed in for him. Will reportedly lose his place for the match against Croatia, something that has been long overdue given his recent performances with the national team.

Was too static when the ball was at his feet, and didn’t make his trademarks runs with the ball because Iceland was always packed tightly in their own half. His jumping ability and aerial prowess won the team a penalty, though, and gives the offense a different dynamic on long through balls.

Was confronted by multiple Icelandic defenders whenever he received the ball, which frustrated him occasionally. Was still Argentina’s main source of offense, but he could’ve put the game away by burying his penalty kick. Will need to play better–though it seems impossible considering he played very well overall–in order to get three points from Croatia.

His goal was a thing of beauty, as he controlled the ball in the box, brought it onto his left foot and drilled his effort into the back of the net. AGUERO consistently held off defenders with his strength and fed short passes to streaking attackers. He was arguably Argentina’s best player and appears to be in for a fantastic World Cup.

The match changed in Argentina’s favor once BANEGA came in for BIGLIA, as Argentina began passing the ball forward instead of sideways. But BANEGA’s distinctly noticeable lack of pace isn’t enough to disorganize a defense. Despite that, he picked up Argentina’s offensive rhythm and could continue to prove to be a needed offensive substitution off the bench in close games.

Did more in 15 minutes than DI MARIA has done for the national team over the past few whole years. Provided dynamic pace and attacking bite that this old and slow Argentina side lacked on offense.