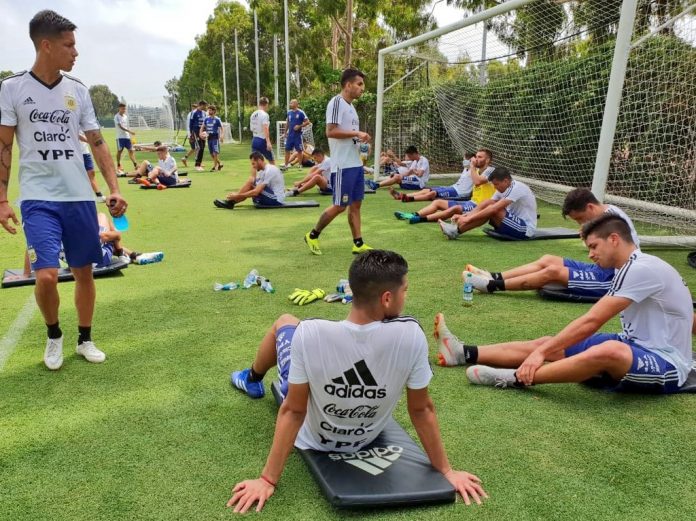 Interim Argentina coach Lionel SCALONI has tried out a different line-up in training ahead of Argentina’s match against Guatemala on Friday.

The general idea appears to be that SCALONI would try out two different formations for the matches against Guatemala and Colombia. With reports that Nicolas TAGLIAFICO will captain the Argentina for both games, it would appear as though he would likely start both matches. Here’s the eleven which was put out by SCALONI:

The eleven isn’t confirmed and SCALONI is still trying out different players but that front three of PAVON, SIMEONE and Gonzalo MARTINEZ looks set to start against Guatemala.