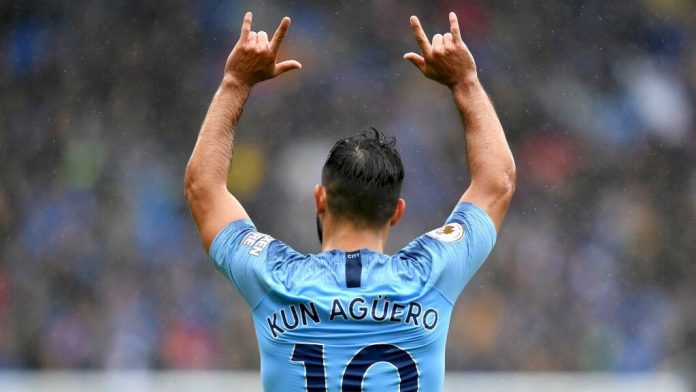 Sergio AGUERO scored once more for Manchester City while Erik LAMELA came on as a substitute and scored for Tottenham.

AGUERO took part in match number 300 for Manchester City when they ran away 5-0 winners against Cardiff City. AGUERO’s goal was his 205th all time for City, his 147th in the Premier League.

Following the match, Manchester City boss Pep GUARDIOLA had this to say about AGUERO.

“He is an authentic legend. It’s important what he has done at this club and hopefully we will have him for longer and he stays in a good position.”

Erik LAMELA came on as a substitute and had an impact scoring Tottenham’s second in their 2-1 win against Brighton. LAMELA played well and Tottenham seemed more in control of the match after his inclusion.