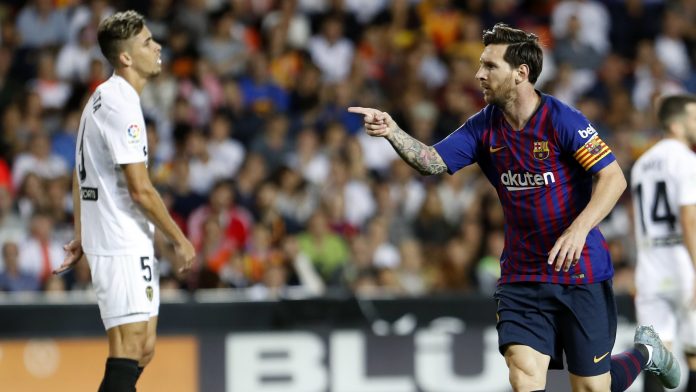 Lionel MESSI and Ezequiel GARAY were the two goal scorere as FC Barcelona drew 1-1 with Valencia.

Barcelona could have maintained their lead at the top of La Liga standings but an eary goal by Argentina defender Ezequiel GARAY meant that the Catalan club would have to score twice to win. Valencia were awarded a corner kick and GARAY got at the end of it to give Valencia the lead.

Not for the first time this week, MESSI scored for his club and a sublime goal. A pass to Luis SUAREZ through the legs of a Valencia player and SUAREZ returned the ball to MESSI who placed it into the corner of the net.

1 – Lionel Messi has scored more goals from outside the box than any other player in the top five European leagues in the last 10 seasons (57). Sniper. pic.twitter.com/TIuprnznk5