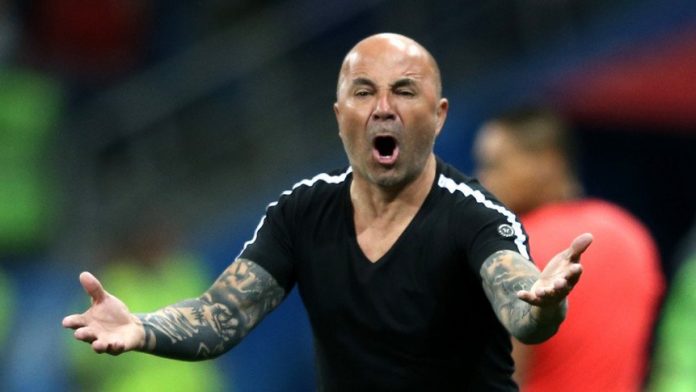 In an interview with Marca, the Jorge SAMPAOLI had nothing but good things to say about current AFA president Claudio TAPIA. He also commented on his future. Here’s what he had to say about it all:

“I took some time to analyze my time with the national team, to analyze it after the World Cup. I needed that analyzing to make things clear to myself about my future and that’s why I moved away from the media life. But I didn’t stop going to the movies or having a coffee and to my face, no one criticized me.

“The load that this group had to carry was too heavy. We were all pushed into an obligated path which was too difficult to get the best out of the talent and we suffered in every match.”

Jorge SAMPAOLI’s thoughts on Argentina during the World Cup and while players were left out of the team:

“We were with an immediate need of winning and there were other players (coming) from Brazil (2014 World Cup), with a final behind them. And short term, I had bet on them. We had a map of 100 players for the short term, medium term and long term. But they cut us off after Russia.

“The World Cup was very premature for us. We qualified and very quickly came Russia. We didn’t have much time for anything, including the option to integrate new players for the future.”

In regards to coaching Lionel MESSI, here’s what SAMPAOLI said:

“Being able to coach MESSI was incredible, especially to see him so committed. He suffered a lot when we didn’t win. The best player in history was very committed. Leo suffered like no one else the impossibility of being (world champion). Having him forces you to have no margin of error when it comes to winning.”

“Of course he can be champion. But this needs a process, especially after everything which has happened. It’s to say, if the Copa America isn’t won, you have to keep the process going, don’t break it. Enough of this crazyness of if you don’t win, you’re a loser. And it’s not like that. If you believe it, you could win even if it’s late. But you have to believe.”

In regards to Javier MASCHERANO and others making decisions:

“I took it as an honest decision in order for Argentina to prosper as a group. I looked for every way possible to involve the group, to try and get the players to get the weight of not winning off their shoulders. That anxiety that prevented them from developing individually and collectively. One thing were the training sessions, which were at a very high level and the other were the matches, where we couldn’t maintain our level of play.

“I believe everyone that was there was honest in their contribution. And myself as well. I put a lot of heart into it but it didn’t happen. In terms of adversity, I learned a lot for the future.”

Jorge SAMPAOLI spoke about AFA president Claudio TAPIA and he does not blame him for what happened.

“I am thankful to him for giving me the chance. The president of the AFA, Claudio TAPIA, also lives in a world of obligations, of necessity in which I was also in. What could I possibly claim from Chiqui (TAPIA) if in a way he is also a victim of the Argentine society which exists?”

He also spoke about his future:

“I am basically waiting for a project that would make me enjoy once more my job as a coach. That is to say that I could, from the bench, make changes to a team, colelctively and individually, like I did every where I have went: Peru, Chile, Ecuador, Sevilla… I want to go back to that. Furthermore, I watch a lot of football.

“I would like to go back to coaching and be close to the players, but a national team with the chance of making changes to things, like I did in Chile, is something which also seduces me. I want to analyze well where I go. I had no contacts with anyone from Mexico or Colombia.