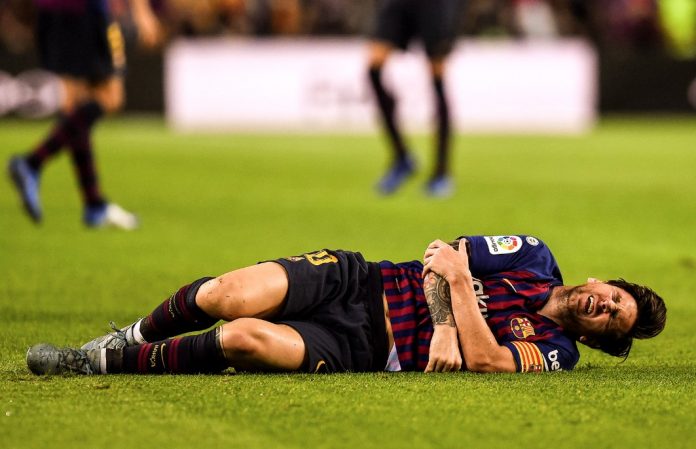 It was a ridiculous 15 minutes for Lionel MESSI against Sevilla as he scored, assisted and got injured.

Before the start of the match, MESSI was awarded the liga player of the month award. The trophy was handed to him by formee team mate Javier SAVIOLA.

Lionel MESSI started the match strong for Barcelona as he helped set up the first goal in their 4-2 win against Sevilla. He played a pass in to COUTINHO and the Brazilian perfectly slotted the ball into the top corner of the net.

MESSI added Barcelona’s second shortly after. The captain received the ball in midfield as he drove towards the penalty area and passes the ball into the bottom corner of the net.

The injury came just minutes after that as he fell down holding his shoulder. Official reports by the club have MESSI out for around 3 weeks which would mean he would miss next week’s clasico against Real Madrid but also the Champions League clash against Inter.