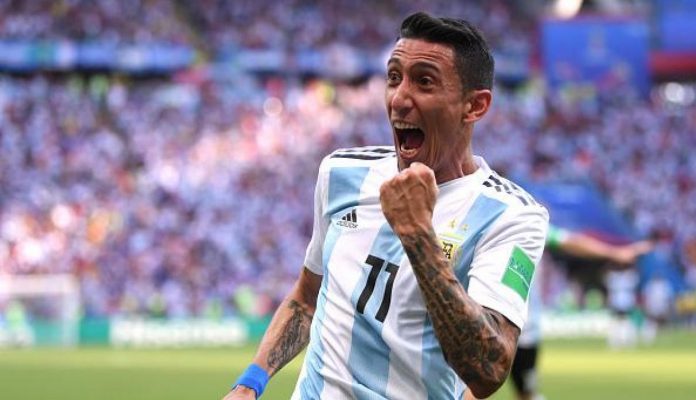 Angel DI MARIA spoke to the media about his intentions to come back to the Argentina team, Lionel MESSI and the 2018 FIFA World Cup.

Speaking to Fox Sports, DI MAROA stated that he would like to return to the Argentima team. Here’s what he had to say:

“I spoke to SCALONI and I told him I want to come back and play for the Argentina national team. I try to do my best for my club to be there. I will never say no to the Argentina shirt that is so important and something so big for a player.

“A lot of people want new players to be brought in. It makes me happy that the new kids that are coming to the Argentina team are happy. That is good for Argentina.”

The PSG man also said that he thinks Lionel MESSI will come back to the team.

“MESSI is the first one to suffer and hit his head against the wall when we get eliminated. I think he will come back.”

In regards to the 2018 FIFA World Cup, DI MARIA mentioned that coach Jorge SAMPAOLI did not make things easy on the team.

“Everything started badly, we barely got to the World Cup, nearly out. We tried to do our best but a team isn’t safe when you don’t have the same starting 11 that is repeated constantly, which was the case previously. SAMPAOLI liked to change and that complicated things for us a lot.”