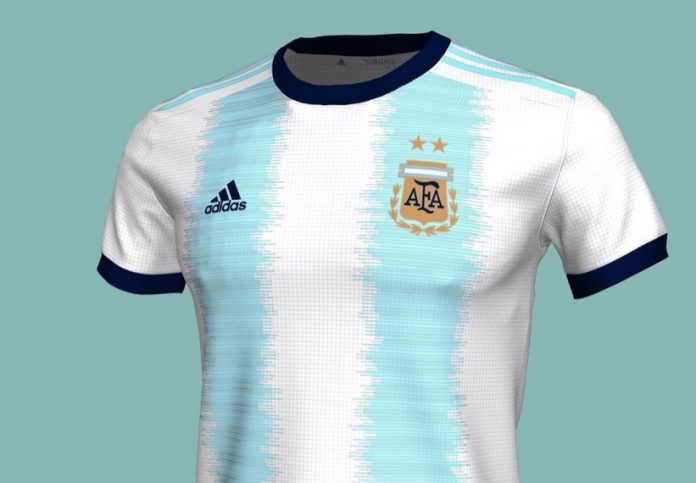 Argentina’s kit for the 2019 Copa America has been leaked.

As we reported a few weeks ago, there was a picture floating around showing the new Argentina home shirt. A rendered picture of the full kit is now online.

The shorts look to be a navy blue with white socks.