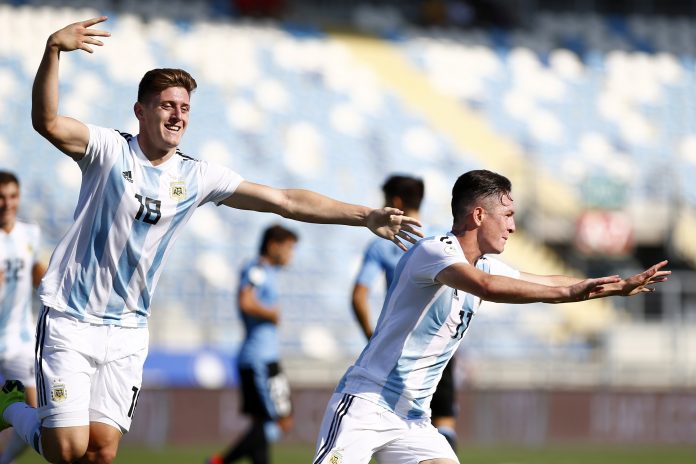 Argentina have qualified for the U20 FIFA World Cup following a 2-1 win against Uruguay.

The boys made it three wins out of four in the second stage of the Sudamericano. Fernando BATISTA’s team opened the scoring with a great strike by Anibal MORENO. His first time shot from outside the penalty area made it 1-0 going into the first half.

At 1-0, Gonzalo MARONI doubled Argentina’s advantage after some poor defending by Uruguay. Late in injury time, Uruguay would make it 2-1 but Argentina would hang on for the win.

With that win, Argentina have qualified for both the U20 FIFA World Cup as well as the 2019 Pan American games.

Another great #SudamericanoSub20 goal, this time it's Argentina's Anibal Moreno with the #golazo vs Uruguay. pic.twitter.com/3acl1gUf0M