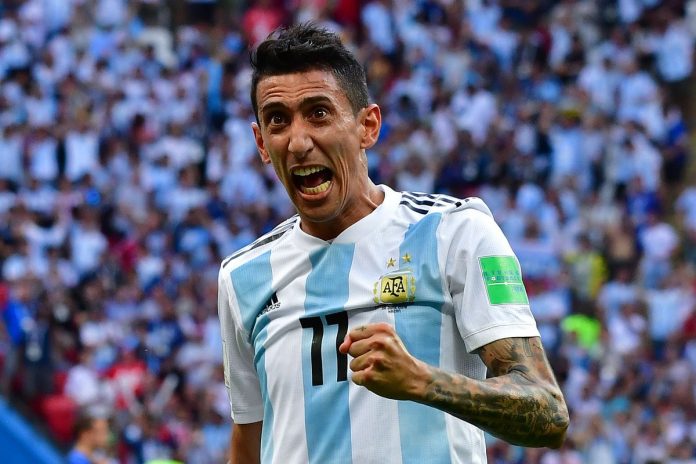 Angel DI MARIA gave an interview with Libero where he discussed the Argentina national team, wanting to win something and more.

The Argentine is back with his national team for the matches against Venezuela and Morocco and he has said he would also like to be included in the Copa America squad. Speaking with Libero, here’s what he had to say:

“Wearing the Argentina national team shirt leads me to return, despite the critics. There’s nothing else. Wearing this shirt is the maximum for a player. Here, one plays in the Champions League, you play with the best, every day you’re surrounded by the best but when one goes to his national team, it’s something different. It’s something I can never finish explaining.

“The only thing that drives me towards fighting for this dream is wearing this shirt and every time feeling the responsibility.”

On if there’s a negative outcome for Argentina at this year’s Copa America.

“Everytime you lose, they kill you. When things don’t go right, we are the first one’s to fall. And you already know it, you already have it in your head.”