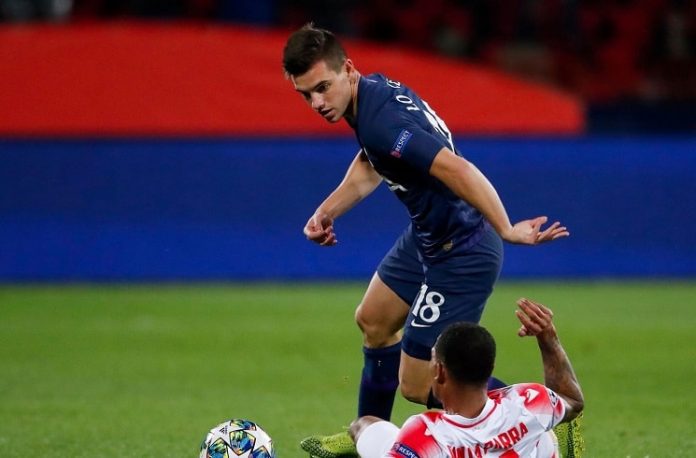 Gio Lo Celso scored his first goal for Tottenham in their 4-0 win vs. Crvena Zvezda.

Lo Celso made it 1-0 following what can only be called as defensive mistake after defensive mistake. Several chances and failed clearances in the penalty area lead to Lo Celso opening the scoring.

Crazy goalmouth scramble before Lo Celso eventually put the ball in the back of the net. #THFC pic.twitter.com/ews1NZNUQ0