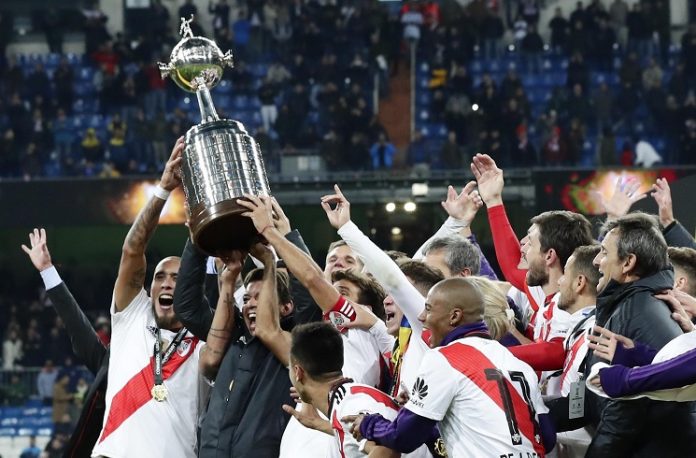 River Plate will be looking for their second straight Copa Libertadores trophy when they play Flamengo in the final.

The entire football world will come to a standstill as River Plate will be going for final win number five as they will want to lift South America’s most prestigious club football trophy. Their counterparts Flamengo have only one it once.

For the first time in the tournament’s history, the final will not be played over two legs but in a one off final. It’s being played in Lima after last year’s debacle in Madrid.

Argentina hold the record for most Copa Libertadores wins with a total of 25 compared to second place Brazil who’s clubs have won it a combined 18 times.

Marcelo Gallardo has won the Copa Libertadores two times as a coach, the first time in 2015 and the second last year. He will be looking to make it three times since taking over as coach.