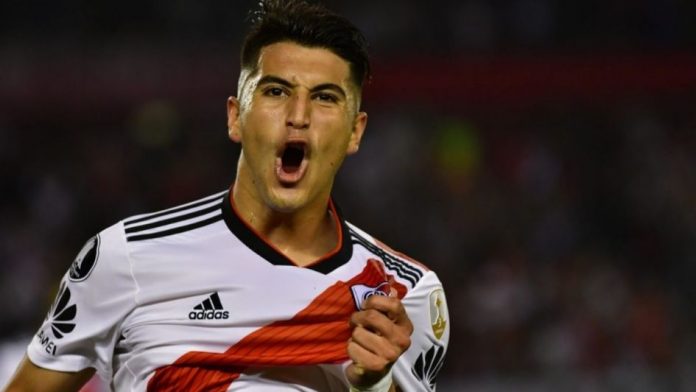 Bayer Leverkusen have announced the signing of Exequiel Palacios.

Rodrigo Palacio was widely rumored to be leaving River Plate for Leverkusen and it’s now official as the club announced it on Twitter. Palacios will join in January on a five year deal.

Sporting managing director Rudi Voller had this to say about Palacios on the club’s website:

“Exequiel Palacios is a technically gifted midfielder able to score goals and he has the ability to involve his team-mates. He fits in really well with our team and the way we play.”

“We’ve been looking at Exequiel Palacios for a long time and he’s really impressed us. In his last game for River Plate he won the Argentine cup and in 2018 the Copa Libertadores and he was in the final of that competition again in November with River Plate. Exequiel has achieved a lot in spite of his young age. He stands out with his football ability and a remarkable mentality.”

“I’m very happy to be able to play for Bayer 04 Leverkusen, for a club that has been home to a lot of players from South America. Bayer 04 have a good reputation here in Argentina. I’m proud to be part of this ambitious club and I’m looking forward very much to the Bundesliga and European games.”