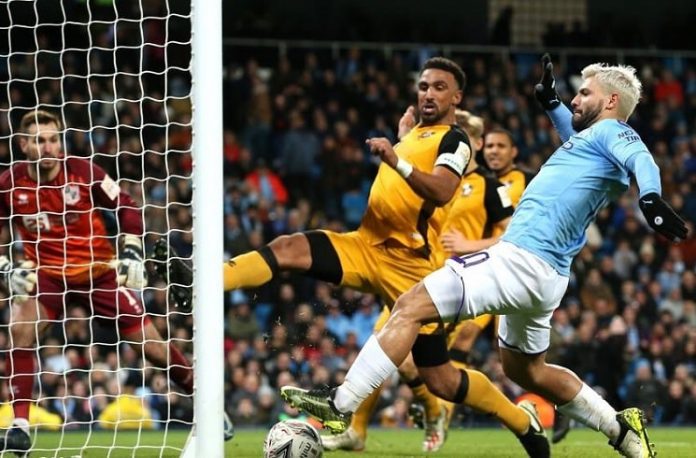 Sergio Aguero scored for Manchester City in their 4-1 win vs. Port Vale.

With the score at 1-1, Aguero would get on the end of a ball to give Manchester City the lead and ultimately would be the match winner. A first time cross would land on Aguero and his first time finish from close range would beat the goalkeeper and send Pep Guardiola’s team to the next round of the FA Cup.

🎥| A reminder of that Sergio Aguero goal that put us ahead!