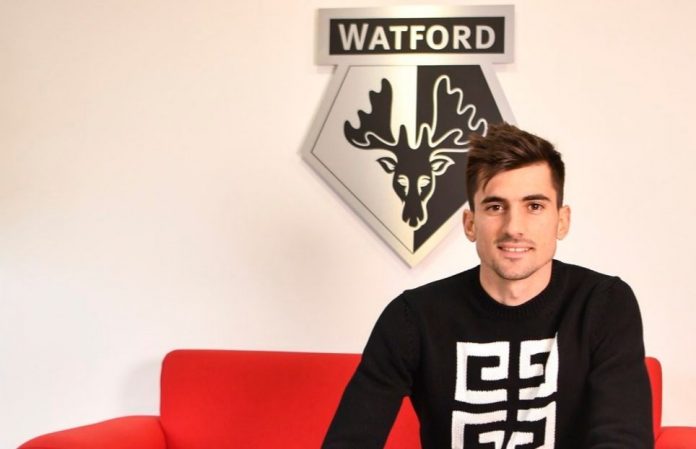 Pussetto joins on a four and a half year deal and will be playing alongside fellow Argentine Roberto Pereyra. While with Udinese, Pussetto played 50 times scoring five goals. Still on 24 years old, Pussetto will be looking to break into the Argentina national team.

Speaking with the official Watford team website, here’s what he had to say:

“It is very important for me to get into the team as soon as possible and I’m very excited to start right away. If the manager thinks I am ready for Saturday I am available, but otherwise I will try my best and train hard in order to be in the squad as soon as possible

“This is a huge step for my career. I’m very happy and proud to be in the Premier League now and I have to take all the responsibilities that comes with it. It was not an easy decision to move because it’s a huge step, but when I was at Udinese I heard a lot about Watford because it was a very close club.

“I’m excited to be here and I have to put in as much effort as I can for the good of the club now.”

In regards to playing alongside Roberto Pereyra, here’s what he had to say:

“I’m very excited to get to know Pereyra because even though I don’t know him personally, many people have said very good things about him as a person, and as a player he’s very renowned. I look forward to getting to know not only him but also the whole team.”