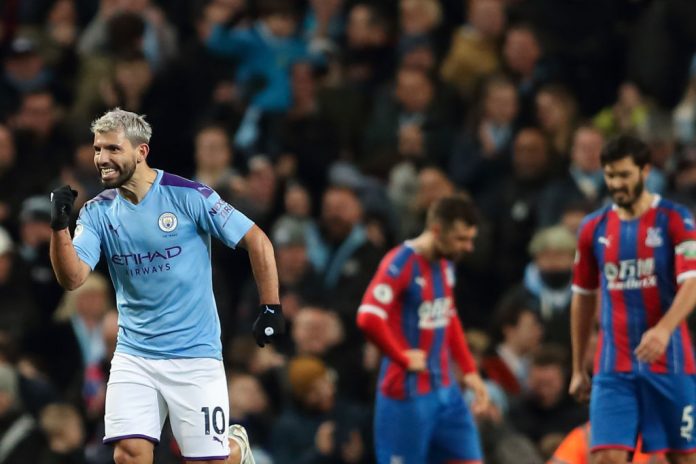 Sergio Agüero scored twice for Manchester City in their 2-2 draw vs. Crystal Palace.

Agüero would be the hero in the match for Pep Guardiola’s team. Despite going down 1-0, Sergio Aguero would score to draw City level. A ball inside the penalty area and it’s Agüero who would get to it and score from close range.

City’s all time leading scorer would do it again. A ball crossed in and it’s Agüero who would head it into the net. He would give City the 2-1 lead but it would be Fernandinho who would score an own goal late in the match.

📊| Sergio Aguero has scored his 250th goal and how his 251st goal in all competitions for Man City, in what is his 360th appearance for the club.

Who else! Sergio Aguero makes 1-1. Will Man City get a late win? pic.twitter.com/xkED5SDEjr

ITS AGUERO !! ONCE AGAIN. 2-1 to Man City pic.twitter.com/ze8wof1Wgw