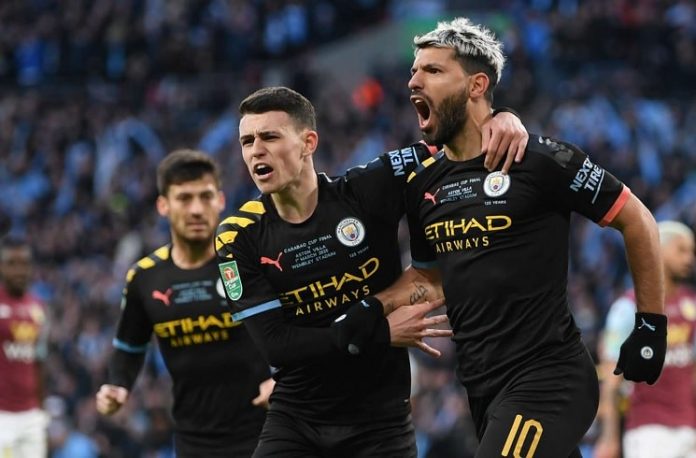 Sergio Aguero scored for Manchester City in their 2-1 win vs. Aston Villa to lift the Carabao Cup.

Aguero, not for the first time in his career, scored a crucial goal for his team. His goal gave City the 1-0 lead. The Argentine would be subbed off and was seen putting an ice pack on his right knee. Here’s what coach Pep Guardiola had to say about it:

“It was a kick. We will see in the next few days.”

Congratulations to both Sergio Aguero and Nicolas Otamendi on winning the cup.

🗣 Sergio Aguero: “I want to thank the club. My aim when I came here was to win a title and now I’ve won another title.”