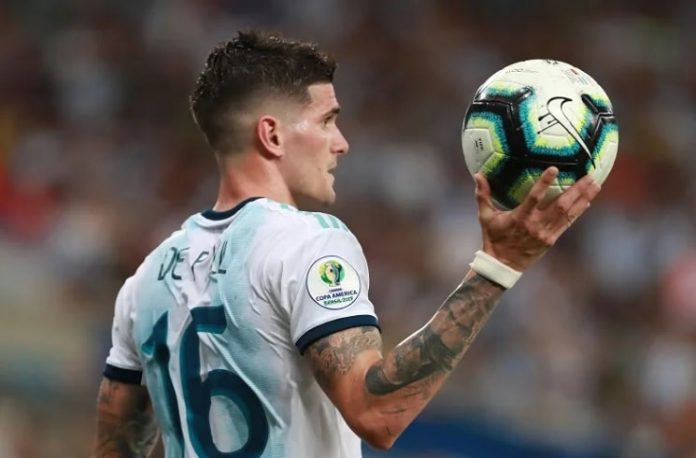 Rodrigo De Paul recently gave an interview with Sportia where he spoke about the Argentina national team, Lionel Messi and the World Cup qualifiers.

Udinese’s start player will be looking to be included in the Lionel Scaloni’s list of players for the World Cup qualifiers which begin later this month. Having already taken part in last year’s Copa America, De Paul spoke about the atmosphere within the group. Here’s what he had to say:

“I’ve never seen a group like this, so much happiness, with so much positive energy. It’s difficult to find a group like that. It just flows naturally.”

About the call-ups for the World Cup qualifiers:

“In general, up until that date, we dont’ talk. We don’t know if we’ll be there. We wait for the list. If we’re there, we start to write. Many times, we travel with a team mate.”

Regarding Lionel Messi and the rumors regarding his injury, here’s what De Paul had to say:

“I watched the entire match (Barcelona vs. Real Madrid). I didn’t see that difficulty. Leo, with any kind of problem, is better than anyone. Hopefully he has nothing. For the Argentina national team, he’s the most important one we have.”

“Luckily, we have players with a lot of experience that have played in them and that have told us about the difficulties. It won’t be easy for anyone. I hope to play as many minutes as possible.”