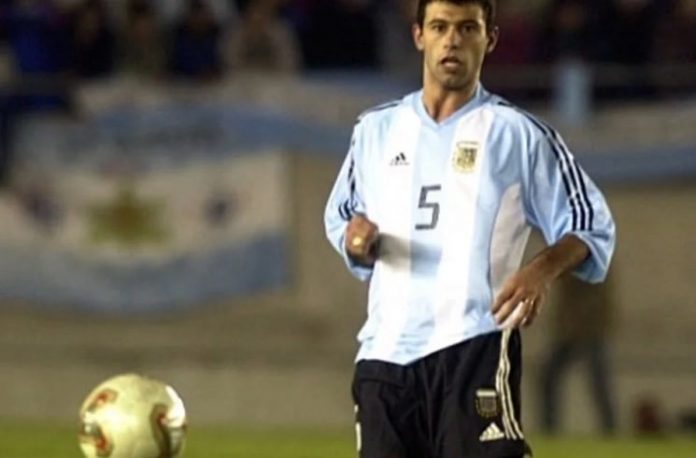 Javier Mascherano is one of not so many players who have made their national team debut before even playing for a senior club side.

Mascherano was still with River Plate and current Leeds United coach Marcelo Bielsa was managing the Argentina national team. It was Argentina vs. Uruguay on July 16, 2003 in a friendly match. A match which ended in a 2-2 draw with Diego Milito scoring both times for Argentina.

It was Mascherano’s first of 147 caps for Argentina. Here’s a clip from years ago where Mascherano discussed his debut.

He was 18 years old, nobody knew him. He had never played an official match at his club.

Bielsa calls him for the Argentine national team.
He made his debut in Argentina, before his club.
Today, he is the player with the most caps (147) in Argentine history. Mascherano.#Bielsa pic.twitter.com/tXei69s4Ef