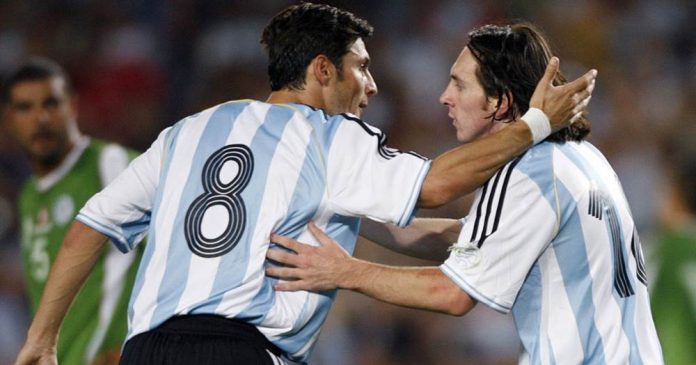 Back in 2007, on June 5 to be exact, Argentina played against Algeria at the Camp Nou and it ended with the two time World champions winning 4-3 in what was a friendly match which saw plenty of goals.

Argentina coach Alfio Basile was shaping up his team for the 2007 Copa America which was taking place that same month. He went with a different eleven which would start the opening game of the tournament against the United States. In the friendly match, the attacking trio consisted of Carlos Tevez, Diego Milito and home town hero Lionel Messi.

It took Carlos Tevez just two minutes into the match to score the opening goal. A penalty was awarded less than one minute into the match after Real Zaragoza striker Diego Milito was brought down in the penalty area. Up stepped West Ham United man Carlos Tevez who scored the penalty, shooting to the goalkeeper’s left as the keeper went right. That goal was Tevez’s sixth goal for Argentina.

Algeria would draw level just a few minutes later. A corner kick saw them score. Yet despite such an abundance of attacking talent, it was Algeria who would finish the first half with the lead. A free kick for Algeria saw them score their second of the game.

Lionel Messi would bring Argentina back in it. Wearing the number 18, Messi was fouled inside the penalty area as Alfio Basile’s team were awarded a penalty kick. Messi would take it and like Tevez, would score.

The third goal would come shortly after. Javier Zanetti would make one of his trademark runs and cross into the area to Inter team mate Esteban Cambiasso who would head the ball into the net to give Argentina the lead.

Messi’s second goal was goal of the match. A lovely team goal which saw Messi and his idol Pablo Aimar play some one-two’s as they would go through the Algerian team and Messi would score.

It wasn’t over just yet as Algeria would score for a third time and again through a set piece.

Here was the Argentina starting eleven: