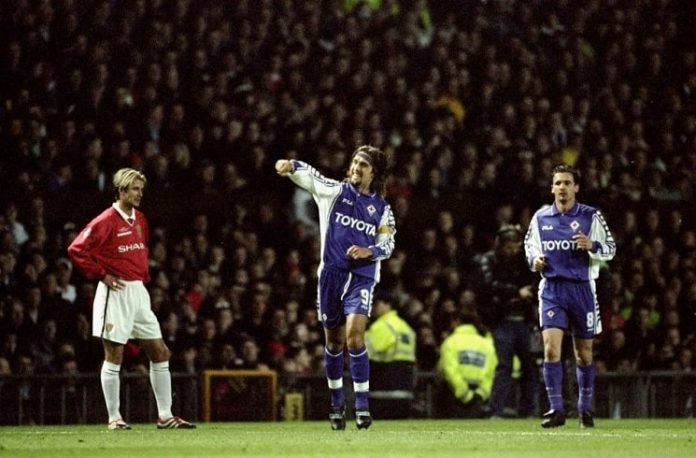 On this day 20 years ago, Gabriel Batistuta scored that goal for Fiorentina vs. Manchester United.

It was March 15, 2000 and it was Match Day 5 of the Champions League at Old Trafford. Fiorentina won their first encounter in Florence 2-0 courtesy of two goals by Argentine duo Gabriel Batistuta and Abel Balbo.

Gabriel Batistuta was on three Champions League goals in four matches that season and would make it four in five. Batistuta would receive the ball, control it with his left and turn around Jaap Stam. A thunder bolt of a shot would beat goalkeeper Mark Bosnich to give Fiorentina the 1-0 lead. United would go on to win the match 3-1 but it was Batigol’s strike which is remembered from that match.

Batistuta would go on to finish the tournament with five goals in six matches as Fiorentina were eliminated from the group stages.