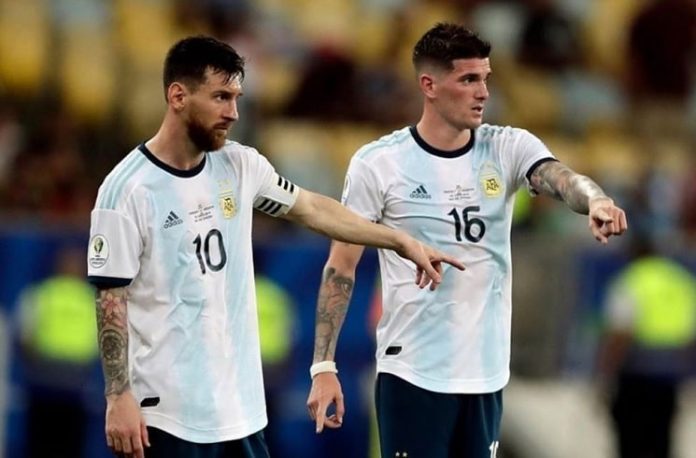 Rodrigo De Paul is in Italy with the entire world on lock down but he did give an interview with PH Podemos Hablar of Telefe.

The Argentina and Udinese midfielder spoke about Lionel Messi and shared some stories about being with the Argentina captain. Here’s what he had to say:

“When we would be together with the Argentina national team in training camp, a few nights he would be with Kun (Sergio Aguero) and we would go to their room. We would be six people playing truco and drinking mate. Then would come in someone from the staff with 60 shirts for Leo to sign: One for the president of the country where we were staying, one for the president’s son… The pilot of the plane would wake him up to sign something.”

“It’s very difficult being him and he’s always available to speak with people.

“With Leo, we exchanged two shirts while playing in Spain. For this call-up, I would going to bring him something to sign but the matches are suspended. I’m confident in asking him but I don’t want to bother him either.”