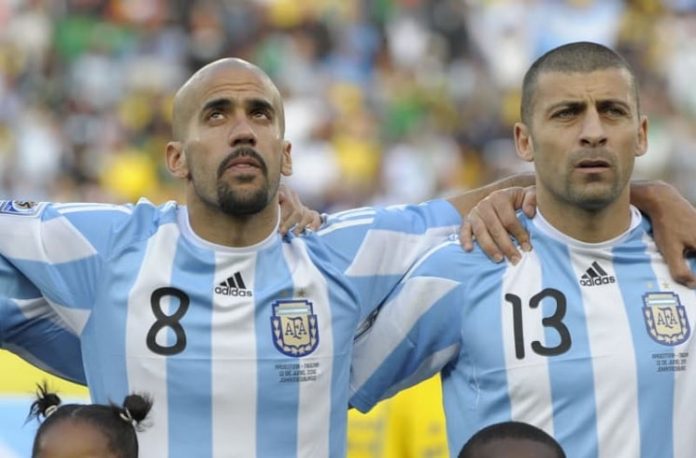 Juan Sebastian Veron gave an interview with Sky Sport in Italy where he spoke about the lack of Argentine defenders, his career in Italy, Paulo Dybala and Lautaro Martinez.

Veron knows a thing or two about great defenders. Having played with many of them, both with the Argentina national team as well as during his playing career, he now looks for them as president of Estudiantes de La Plata. And according to him, there’s a lack of players who want to be defenders.

“Sadly, the kids, and I see it at the club I’m at when I go to watch players, they all want to play positions of central midfielders and up the pitch. It’s difficult to find good defenders or defensive midfielders.

“I don’t want to say that there aren’t any good Argentine defenders but in the past, there were many of them like Fabian Ayala, Walter Samuel, Gabriel Heinze, Javier Zanetti, Mauricio Pochettino, Diego Simeone.

“Now, there are positions which Argentine kids don’t see. It’s clear that they’ll see a Messi, Aguero, Angel Di Maria, Lautaro Martinez, the youth wants to play in those positions.”

Regarding his club career in Italy, here’s what Veron had to say:

“I was lucky enough to play in Italy. Italian football is very tactical, it helps you to change the way you understand this sport. It’s difficult to say which is the strongest team I played in. Maybe with Lazio, the team I won the Scudetto with. It was unique feeling. I have a link to every team I played in. I’m very attached with the clubs in Italy. I was fortunate enough to write history with those clubs along with my team mates.”

He was also asked about Paulo Dybala and Lautaro Martinez:

“For me, they’re different. Dybala is a player who can not only play as a forward but also as a number 10. Lautaro no. But in the penalty area, he’s a player who hardly fails. They could play together, they could get better.”