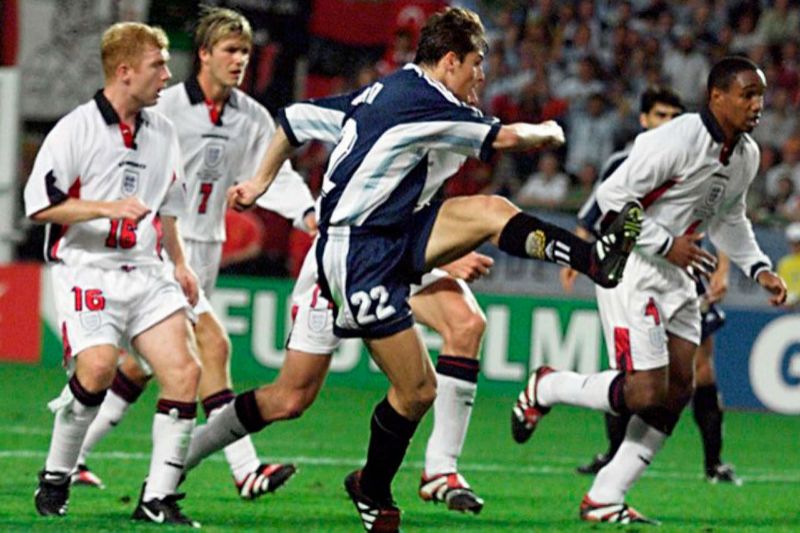 Javier Zanetti revealed something about his famous goal for the Argentina national team against England at the 1998 World Cup.

Zanetti was at the end of a wonderful set piece play which saw him score one of the most memorable goals in Argentine history. It was a short free kick played in and the Inter man would score in the World Cup Round of 16 match. Speaking in an interview with FIFA.com, here’s what Zanetti had to say:

“It ended up being a party for us, bit it’s an erernal match. I don’t know if many people know this. When the cycle started, it was a play that was prepared but it was always Ortega. When we got to the World Cup, Passarella said “We will do that play and it will be Javier at the point of it instead of Ariel”. And it came out perfectly when we needed it the most.”

Regarding the match itself:

“I still have the shirt of that World Cup, I wore the number 22. For me it meant a lot because it was my first (World Cup), there was a lot of expectations and it was a dream come true. When one plays in the neighborhood with his friends, you always dream about playing in the first division and after that the national team. I got there, to feel that behind us was a country that was supporting us was very important. That match meant a lot. Not just for the goal but for the opponent, for what England means for us.”