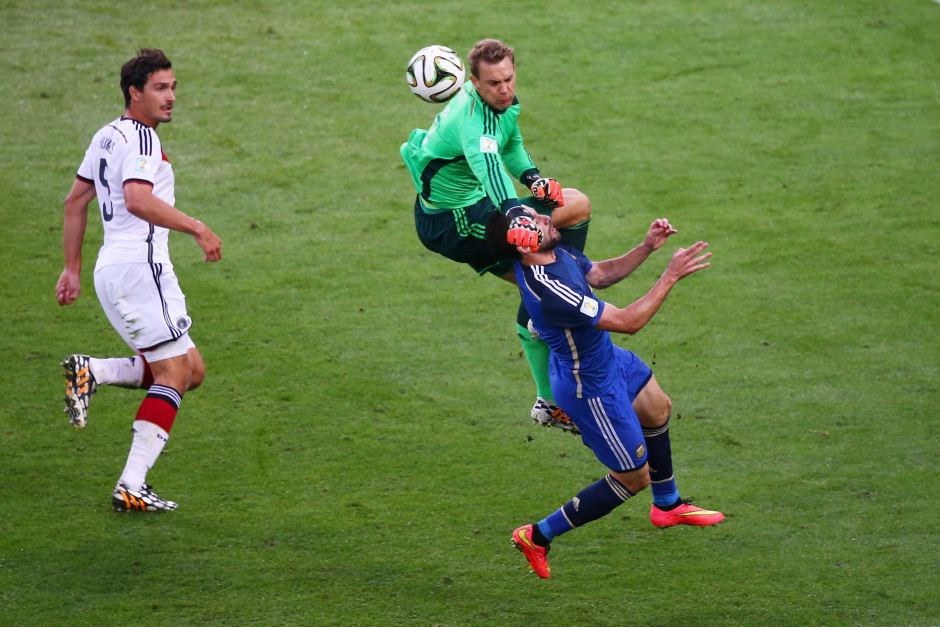 Gonzalo Higuain had a lot of highs and a lot of lows with the Argentina national team and he spoke about it all.

Higuain is now retired from the Argentina national team and many mostly remember his missed opportunities in key moments of matches. Speaking in an interview with Libero of TyC Sports, here’s what he had to say:

“I gave everything to the Argentina national team. There were specific circumstances in my career which can’t be analyzed. I scored nine goals and Leo (Messi) 10 goals in the World Cup qualifiers leading up to the 2014 World Cup in Brazil and no one remembers that.

“I’m among the top five or six goalscorers (for Argentina) and no one remembers. They only remember the specific things in moments where I suffered but now I am overcame it. Today, I see love in the people and the truth is that it makes me calm.”

The former Argentina man had three infamous chances in three finals. The first being at the 2014 World Cup and the second and third being at the 2015 and 2016 Copa’s. When asked about the chances and retirement:

“I try not to think too much about it, I’m a positive person that tries to smile but at times there are situations in life where you can’t do anything if you aren’t happy. The family suffers the most but it’s passed. They are things you leave behind. Today, I keep looking forward and I left with a peace of mind because I know I gave everything until the last day. When I couldn’t anymore, I decided to step aside.”

“I know him a bit. I played against him, if I’m not mistaken, when I was at Real Madrid. If they (the AFA) decided for him, it’s because they saw some qualities. He’s doing well and I wish him the best and hope he continues down that path. Hopefully he can take Argentina as high as he can.”

About the incident with Germany goalkeeper Manuel Neuer at the 2014 World Cup where Neuer hit him with a flying knee inside the penalty area:

“I believe it was a penalty. The goalkeeper hit me with a big knee and after that he touched the ball. That blocked me from getting to the ball. Let’s do the opposite. If it’s a cross into the penalty area and I try to head the ball and I end up hitting Neuer with a knee, what is it? If he doesn’t hit me in the face, I don’t know if he touches the ball. I never saw him, I didn’t know where he was.

“We don’t compete equally because there are some that say it’s a goalkeeper’s way to defend. And what about me? I can’t defend? I can’t jump with a flying knee. He has the advantage of having to jump with the hand and the knee. The worst thing is that it was called a foul against me.”