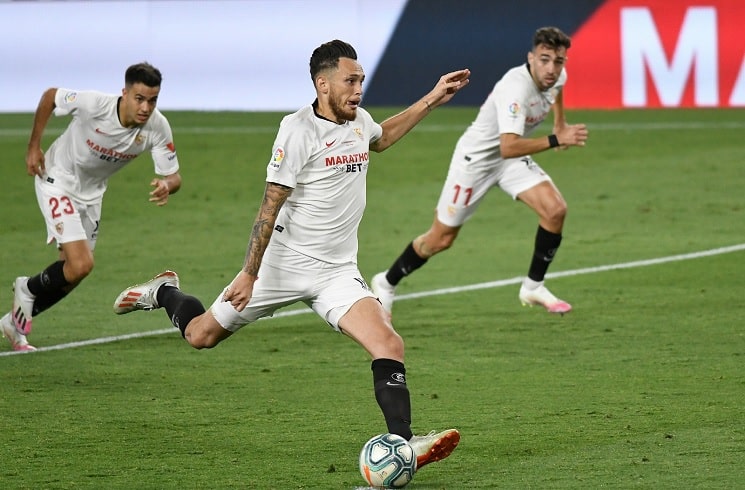 Lucas Ocampos scored for Sevilla in their 2-0 win vs. Real Betis.

In the first La Liga match back, it was Lucas Ocampos scoring the first goal. Sevilla were awarded a penalty kick and it was Ocampos who took it and scored. His goal made it 1-0 for Sevilla.

Ocampos has now scored in his last five matches for the club, making it 11 goals in 24 matches.

Guido Rodriguez played the entire match for Real Betis while Ever Banega and Franco Vazquez both came on as substitutes for Sevilla.