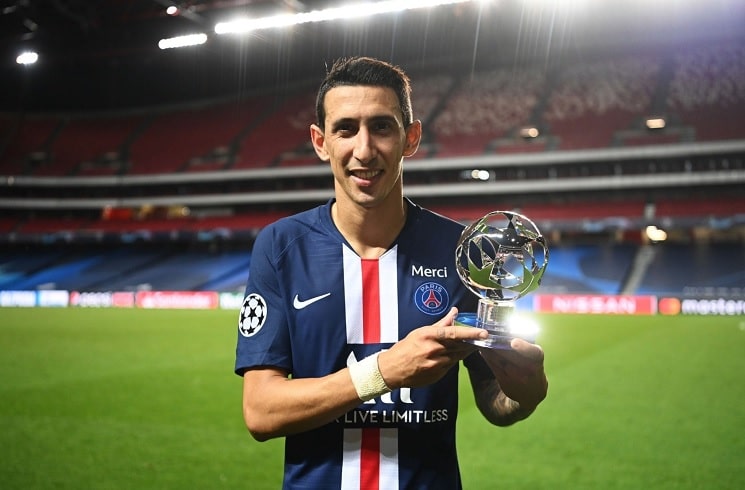 Angel Di Maria scored and had two assist for PSG in their 3-0 win vs. RB Leipzig.

Di Maria will be playing in his second Champions League final after having won it in 2014 with Real Madrid. He sent in a cross from a free kick which found Marquinhos as PSG took a 1-0 lead.

The Argentine would make it 2-0 as he would score from close range. He would also cross in the assists for the third goal. He was also named the man of the match.

Leandro Paredes also started the match for the finalists and he will be playing in his first Champions League final when PSG take on the winner of Lyon and Bayern Munich.