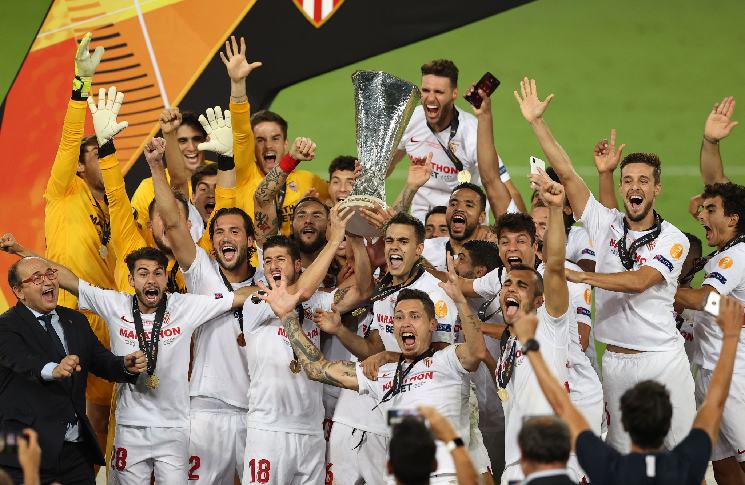 Ever Banega and Lucas Ocampos both started for Sevilla in their 3-2 Europa League final win against Inter.

It was Inter who took the 1-0 lead early in the game with Lukaku scoring off a penalty. Sevilla would score shortly after to draw level.

Banega had an assist on the second goal with a great cross in which found de Jong who headed it to give Sevilla the lead. Ocampos would be substituted off in the second hald while Franco Vazquez would play.

Inter drew level but it was another set piece delivery by Banega which lead to an own goal and gave Sevilla the win.

Congratulations to the three Argentine players on lifting the trophy. For Banega, he has won the Europa League three times and has joined Al-Shabab in Saudi Arabia.