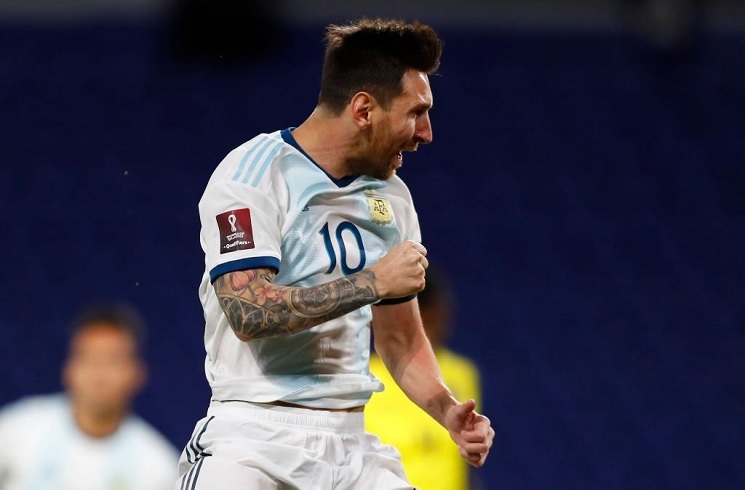 Lionel Messi scored the match winner, a penalty early in the match to give Argentina the 1-0 win vs. Ecuador and the full 3 points in their World Cup qualifier.

Messi gave Argentina the early lead after Lucas Ocampos was tackled inside the penalty area and Argentina were awarded a penalty kick. Messi would score from the penalty, going to the goalkeeper’s left and scoring, despite the goalkeeper guessing the right way.

Lautaro Martínez did not get much of the ball despite Lionel Scaloni’s team having much of the possession. Lucas Ocampos, Rodrigo de Paul and Gonzalo Montiel were responsible for most of Argentina’s attack down the right wing.

Argentina had a great chance early in the second half. A cross sent in by Paredes found Lautaro who’s pass went to Ocampos but the Sevilla man’s low driven effort was saved by the goalkeeper.

Eduardo Salvio would be substituted on for Marcos Acuña in the second half while Lucas Alario would be brought in for Lautaro Martínez. Two more substitutions for Argentina, Juan Foyth for Gonzalo Montiel and Nicolas Domínguez replaced Lucas Ocampos.