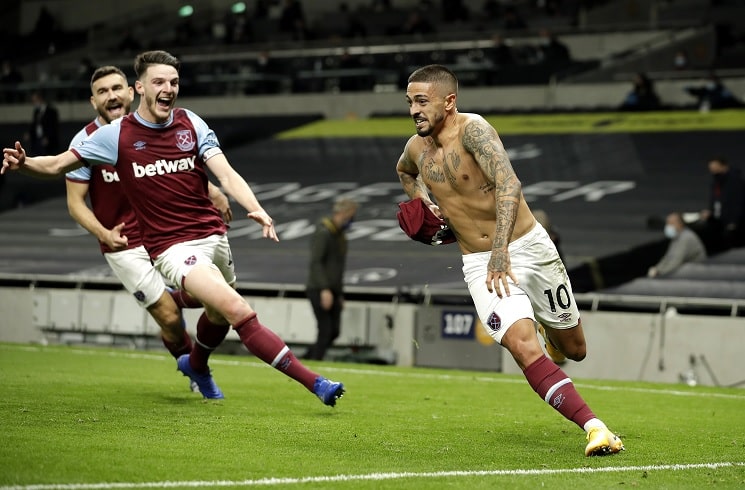 Manuel Lanzini scored for West Ham after coming off the bench in their 3-3 draw vs. Tottenham.

In a game which saw Tottenham up 3-0 until very late in the match, it was the Argentine Manuel Lanzini to the rescue. With the score at 3-2 and in injury time, the ball would fall to Lanzini outside the penalty area as the Argentine would score to draw West Ham level.

WHAT A GOAL FROM LANZINI 🇦🇷🔥pic.twitter.com/l9gYXOmY2Z