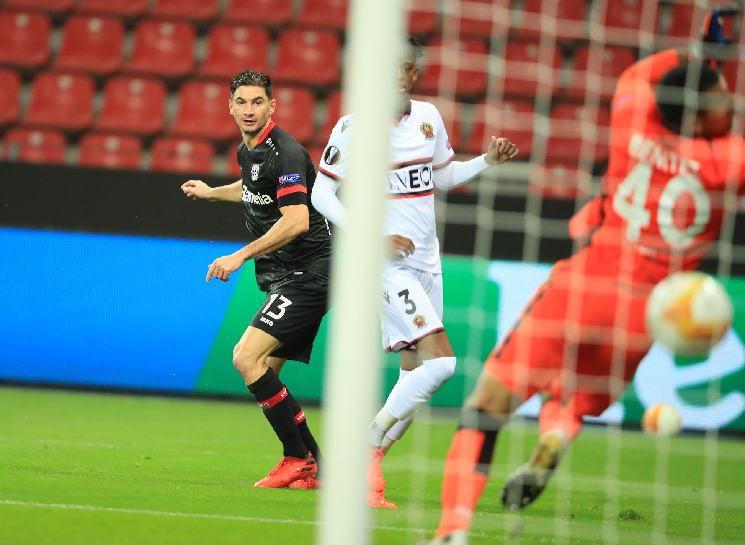 Lucas Alario scored for Bayer Leverkusen in their 6-2 Europa League win vs. Nice.

Alario contineus to score for Leverkusen after being called up to the Argentina national team earlier this month. Starting for Leverkusen in the Europa League, Alario doubled their lead with a thunderous left footed shot from a difficult angle.