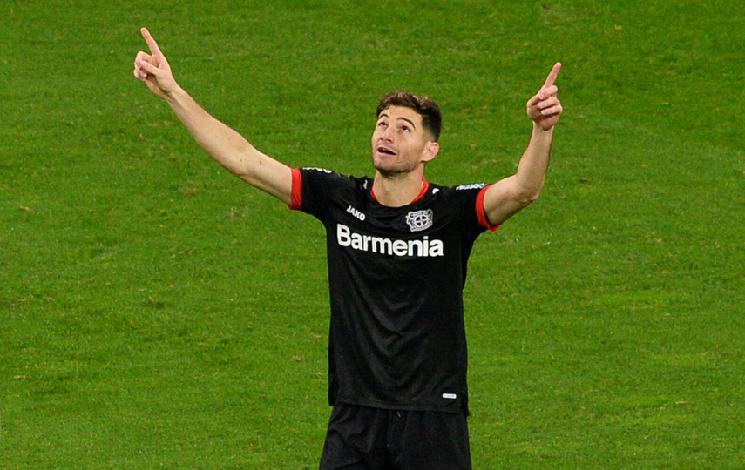 Lucas Alario scored twice for Bayer Leverkusen in their 4-3 win vs. Borussia Monchengladbach.

Alario, who scored twice, is now on seven goals in his last four games for Leverkusen. With Gladbach leading 1-0, Alario received the ball just inside the penalty area. He would control the ball as his shot beat the goalkeeper to draw Leverkusen level.

The Argentine would add one more. A cross sent into the penalty area found Alario who would head the ball for his second of the game.